The history of machining in the Arve Valley 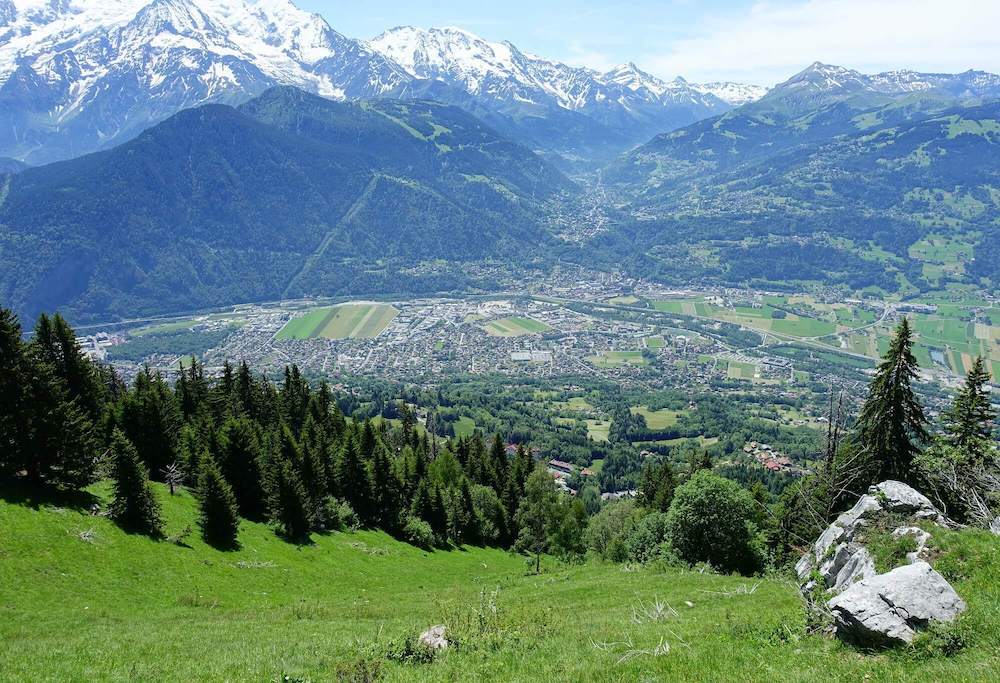 It all began with watchmaking parts production

On the slopes of the Mont-Blanc massif nestles the bed of the Arve torrent – as well as the rich industrial heritage of its Valley. Today known as a world centre for precision machining, the Arve Valley has seen a gradual and stable development of its activity over the centuries. It all began in 1720 when in Saint-Sigismond, a village on the heights of Cluses, a certain Claude-Joseph Balladoud returned from a stay in Nuremberg with brand new skills in the field of watchmaking. He taught the local peasants how to make certain small parts used to make pocket watches. During the long winter months when the income from the harvest was lacking, this new trade was welcome and workshops whose products were destined for the factories in Geneva multiplied.

Industrial revolution and the invention of the lathe

Then came the industrial revolution of the 19th century and its electric motors. The mechanisation of this industry helped the sector to move from a craft organisation to an industrial one and favoured the establishment of numerous workshops and factories. It was in 1873, to be exact, that an important innovation took place in the economic evolution of the Arve Valley: the development by the entrepreneur César Vuarchex of the lathe. This equipment made it possible to turn, and therefore machine, watchmaking parts on a larger scale. It was around this invention that the bar turning activity took root in the Haute-Savoie region.

The end of the 19th century and the beginning of the 20th century saw the beginning of the watchmaking crisis as well as the appearance of new industrial sectors, forcing local workshops to turn to other markets. This is when the Valley invested in sectors such as the automobile, electricity and above all arms, since the French State made the latter its supplier of arms and parts for armaments during the First World War. Thus, bar turning came to assert itself as the main activity of the Valley. 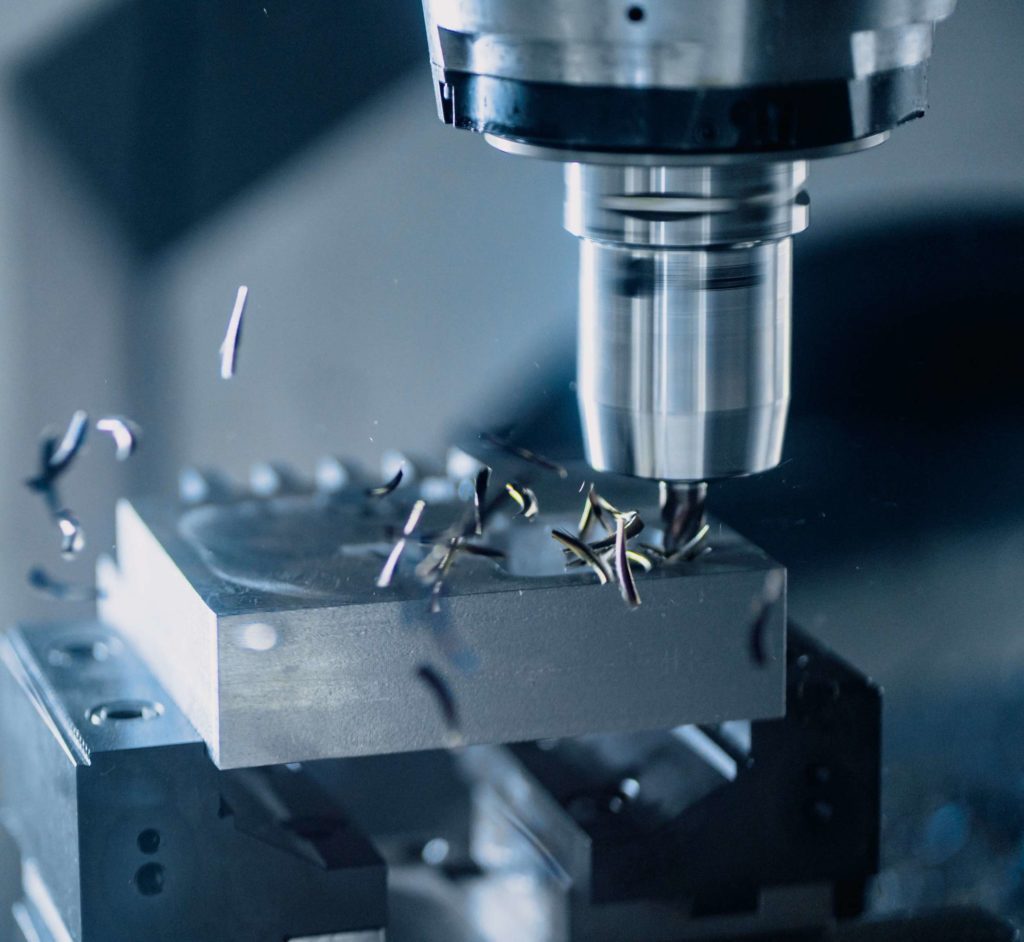 A rich network of machining collaborators within the Arve Valley

Later still, the “Trente Glorieuses” and their economic resurgence were the springboard for the soaring automobile industry, giving a lot of impetus to the take-off. From then on, the Valley’s industrial ecosystem was able to respond to international competition as well as to the needs of its contractors with flexibility and high quality of its production, notably thanks to the constantly updated equipment in which the workshops had invested while profit margins were high. On the other hand, the creation of a Technical centre for bar turning in 1962 guaranteed the durability of the region’s know-how and solidified its position in the world markets of precision machining. If these elements alone can explain the path that the Valley has carved out for itself on the markets, its topography has been at least as favourable to its success, notably because it forces all the players to be geographically close. This concentration of 800 small industrial companies has created a fabric of collaboration and solidarity. There are specialised training organisations as well as an important network of suppliers and service providers. Thus, in the 1970s, across the 35 km of the Arve Valley, bar turning industry employed 8,000 people and accounted for 65% of overall French production.

Even though the industry suffered its first hard blow when, in 1974, the oil crisis brutally slowed down automobile production, bar turning industry in Haute-Savoie managed to pull through. In addition to the slump caused by the reduction in orders, the entry into a new technological age brought new ways of obtaining materials and, with them, new competition. Taking advantage of the latter, the contractors will impose reduced orders at a varying pace. Here again, the Valley stood out thanks to the modernity of its equipment, in particular thanks to its numerically controlled lathes which were the best alternative for producing small series at low cost. Thus, moving from routine production to high-tech production, the Valley became the world’s leading centre for connectors, not by quantity but by quality of its productions.

The recovery of the bar turning industry in 1990 diverted the Haute- Savoie bar turning industry from routine production, directing it towards high-end products. The region thus left connectors intended for computers, known as civil connectors, to the countries of South-East Asia and specialised in precision connectors which encompassed civil applications ranging from aerospace to micromechanics, including surgical equipment. 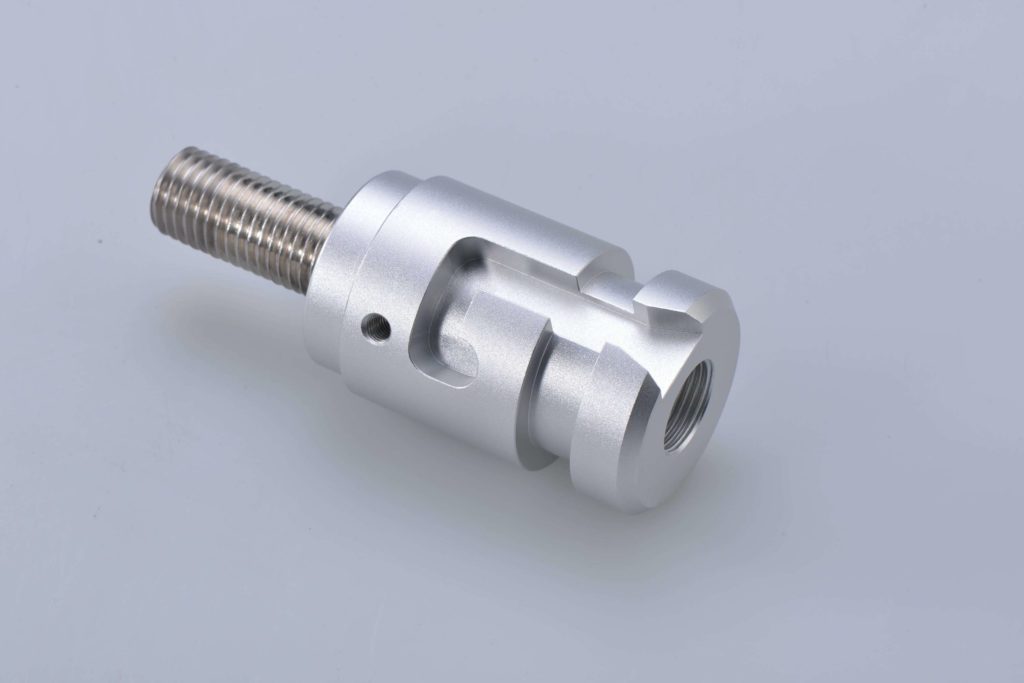 The combination of favourable circumstances and the remarkable ability to collaborate and adapt to the economic fabric of the Arve Valley have certainly earned it its dominant position in the markets. Neither technical advances nor the arrival of globalisation have frightened the Haute-Savoie bar turners who seem to promise only one thing: the durability of their know-how. To conclude, Thierry Miller, CEO of DJC, believes that “the companies in the valley still have great potential with personnel who are very attached to the region, which, for a manager, is something very appreciable.”

For further sales inquiries, please contact our sales representatives weekdays from 8am to 5pm CET.

Situated in the heart of the Arve Valley in France, DJC Precision CNC Machining has been delivering high-precision bar machined parts since 1962.

Situated in the heart of the Arve Valley in France, DJC Precision CNC Machining has been delivering high-precision bar machined parts since 1962.

The Acrotec Group is a team of entrepreneurs and talents with a single ambition: to continuously push the boundaries of precision micromechanics and everything associated with it. Acrotecs objective is to better serve its customers, to gain their trust and to earn their loyalty.

Acrotec is the leading independent supplier of mechanical movement components to the Swiss watch industry. The products offered by the Acrotec Group include most of the key components of a watch movement, including shock absorbers, oscillating weights and barrel springs, and also escapements, barrels, the index-assembly, and many other components and assembled parts. Acrotec also offers automated machining, tools, and all specific treatments and finishings.

Acrotec is one of the leading contract manufacturers in the MedTech sector in Europe. The group is active in the manufacture of complex components and subassemblies for medical devices, as well as precision pumps used in dialysis and diagnostics. In addition, it is a trusted partner in the production of spinal, extremity, maxillofacial, cardiovascular and dental implants, as well as in most instruments used in surgical procedures.

With its large production capacity and mastery of production processes in accordance with ISO9001, IATF and EN9100 certifications, Acrotec supplies a wide range of demanding industrial sectors. The groups strong technical expertise combined with the vertical integration of many production processes offers a qualitative and competitive service to our partners.
Visit Acrotec website

The Acrotec Group is a team of entrepreneurs and talents with a single ambition: to continuously push the boundaries of precision micromechanics and everything associated with it. Acrotecs objective is to better serve its customers, to gain their trust and to earn their loyalty.